If you’ve ever been to a Brazilian Churrascaria (barbecue), for the ‘All-You-Can-Eat’ meat, you’ve had this bread.

Those cheesy little round balls of bread, with a little crunch on the outside and gooey cheese deliciousness inside, is what you possibly remembered most about your Brazilian dining experience!

How many bread lovers out there, who grew up looking forward to a Sunday trip to your local bakery for the intoxicating scent of bread baking?

A bag full of loaves to take home that would calculatingly last the week. Now, though, you’ve stopped because it has gluten in it?

Well, do I have good news for you! Pao de Queijo, Brazilian cheese bread will fast become your new bread addiction!

Authentic Brazilian Cheese Bread has no gluten, naturally. Why? Because it has no wheat. It also is made without yeast, and yet these little golden balls of cheesy bread, puff up as though air was blown into them.

Pao de Queijo, though, does not have its roots in Portugal. It is, or should be, the national bread of Brazil, which has much of its culinary roots from Africa.

Cassava Flour. The flour used to make this cheese bread is cassava flour, or tapioca flour (as Americans like to call it). Silly though because there is no such plant called a tapioca.

Cassava is also known as yuca, manioc, and mandioca; a root plant primarily native to Brazil, parts of Africa and South America.

While yuca is boiled and then incorporated into dozens of Brazilian recipes, it is most commonly marketed for its flour, which is also exported world-wide.

I have very special memories of this plant, while I lived in Brazil. Not so much because of its recipe usage, but for the African and Afro-Brazilian history I learned about the plant:

No, I didn’t learn about the history of these things from a book, or a museum. I went deep into the interior of central Brazil, (before my Portuguese speaking skills had been honed).

I visit three of the Quilombo communities (Run Away Slave Communities), of which there are thousands throughout Brazil, and discovered this history for myself. A truly humbling experience.

Had cell phones, with their amazing photography abilities, been what they are now, back in 2007, I would have taken way more photos.

Suffice it say, I got what I could and feel honored to be able to share some of them here with you. Just imagine grinding your flour, as I often do with oats or nuts in my food processor, with this piece of machinery!

Yucca. Once the yucca had been dried and ground, it needed to be sifted and sifted over and over again by scraping the flour with a stone and stick made device, against the hard mud surface of the grain processor. Talk about a week of work, just for a loaf of bread!

Quilombo Communities. These beautiful people, with some of the most amazing recipes, live a quiet peaceful life without electricity or running water.

Their days, are an endless activity of work that makes daily life and survival, possible. And please, y’all, never again complain about all the dishes you have to wash after spending hours in your air conditioned kitchens!

Pao de Queijo – Brazilian Cheese Bread recipe was most difficult to make in these communities simply because even the cheese needed to be made by hand, after the cow had been milked.

Imagine all that work! But, these delicious cheesy, tapioca (mandioca), flour bread was the most, if not the only, bread these communities would eat.

There were no stores  nearby to buy wheat flour and yeast. There were, however, lots and lots of these tubular roots growing on their property, and tapioca, gluten-free (though I’m sure they did not care about gluten), cheese bread was a special treat that required an incredible amount of work, before that first bite could be taken.

Ready for this easy to bake recipe? Let’s get started!

First, Let’s gather the ingredients, and be sure to always keep several bags of cassava flour on hand.

Cassava flour, by the way, has several brands sold here in America: Amafil, Yoki, Goya and a few others. It is easy to find in the international section or Latino grocery section of most grocery stores.

Sometimes it just says Tapioca flour or Polvilho. Also, you will notice that some say Doce (sweet) while others say Azedo (sour). I use either, because the sweet one really isn’t very sweet nor the sour, very sour. Once you’ve decided on the type of flour you want, the rest is easy.

Second step is to simply mix all the ingredients together into a batter. Roll into balls or scoop into a muffin tin and these bake quick and are cheesy delicious!

What a great blog post, Robin. I could see you had such a great time in Brazil, thanks for sharing this with the world, and those cheese bread sound phenomenal. Interesting to know they are made with tapioca flour.

Thank you my dear friend. I am sure you will enjoy this bread. It is fast, easy and yummy!

END_OF_DOCUMENT_TOKEN_TO_BE_REPLACED 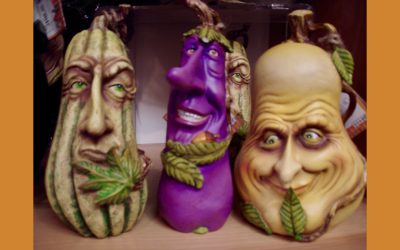