OLD Memoirs Now Published, written 187 years ago by a woman from a prominent family, were lost; and so I’ve published for her! Get Your Copy~

19th Century Memoirs of Adelaide Hall, Compiled by Robin Daumit, can be purchased on Amazon and Barnes and Noble.

Old Memoirs In A Shoebox

Allow me to share a fascinating ‘find’ with you. Handwritten memoirs, roughly 200 years ago, written by Adelaide Hall.

Who was Adelaide Hall? As it turns out, she was the sister to Asaph Hall, the astronomer who first discovered the two moons around Mars.

After the death of their father, Asaph helped support his mother and five siblings by working on the family farm.

Memoirs Intended To Be Published

Adelaide, definitely had her work cut out for her; helping her mother with the children, the meals, most of which were homegrown or raised by their family.

She clearly intended her memoirs for publication, as she methodically documents so many aspects of the life in her family:

Unfortunately Adelaide’s memoirs were never published into the fascinating documentation of life in her times, that she intended.

Instead, nearly 200 years later they ended up in my hands.

A shoebox in my grandparents attic, and yet … she was of no relationship to our family.

Intrigued? I certainly was, and wow, what I discovered in these pages I was certain needed to be shared with America. And so… I have.

Writing was the only form of communication for most people back in the 1800’s. In Adelaide’s town, the mail arrived only once a week, by stagecoach, on treacherous mud roads, up hill.

Apparently, the hillside in Goshen Connecticut, where her family, and a small community lived at that time, is no longer inhabitable.

It sat high in an open, wind gusty area overlooking the towns below. Winds and treacherous freezing conditions were spoken of in her writings.

It was not uncommon for people of these times (and before), to keep a diary, find their entertainment in reading, and sometimes hope to publish a book of their own.

I was so impressed by the detailed depiction of the life she captured in her memoirs, and the vast interests she wrote about.

She didn’t simply write about ‘girl stuff’; such as housework, boy crushes, cloths and the likes.

The Publishing Of Important Factual History

Her writings were also about politics, national events and invitations to social gatherings, some of which I found were documented as major political events. Such as the one you will read on page 122, in the published book.

Adelaide speaks of this reunion, with a huge clan that hailed originally from Nottinghamshire England.

In addition to the Hall family being invited, former President Grant was also invited to attend the reunion, identifying him as a descendant of the eighth generation.

Kitchen Life In Days Of Old

Can you imagine kitchen life 200 years ago? I can’t imagine how meals were prepared with no refrigeration and no stove!

Adelaide does write about the first stove their family acquired, and the stories that would be gathered by such a memorable occasion.

Throughout these old memoirs, are stories about baking, butter and cheese making and the numerous jobs that prepared harvested time foods, for the winter months.

Here is a short synopsis from her kitchen on Apple Paring Bees Day:

“A barrel of fine dried applesauce, more delectable than any other kind of fruit. It was sweetened with maple molasses, and a few oranges thrown in. For those days, white sugar was so expensive that it was not commonly used.” There were many in the kitchen, both girls and young men. There was singing, and flirtations, one with the other.

Old Memoirs Give Us A Glimpse Into The Past

With no electricity, candle making was a vital part of weekly chores, as they had to make enough candles for the week ahead.

Since there was a section in the memoirs in which she spoke about wool and sheep, I assumed that candles were made from tallow, from animal fat.

These were known to smell badly and burn with a smoky flame.

My goodness, what difficult times these sound like. Now that I have published her old memoirs, I am even more grateful for the simple things I can easily take for granted.

Once I finished the transcribing, which took me an entire winter, working long hours everyday; I was mesmerized by the stories Adelaide told.

Her account for life from a little girl’s perspective, as she looked back, to the woman she became, spoke of a variety of aspects a women of her times lived through.

I would encourage you to pick up a copy, share with young families, or enjoy the read yourself.

This book should be ‘required reading’ in public schools across America, in my opinion.

If you are reading this now and know how to go about getting it into the classrooms, through the Board of Education, please contact me.

How Did These OLD Memoirs End Up In My Care And Now Published?

My grandfather was a war historian for the White House and an avid reader about the Civil War. I believe these letters were given to him to transcribe and publish. Why?

First, because there are two letters written from the Civil War battlefield within the mix of this woman’s memoirs.

Secondly, my grandfather’s stack of papers, both in hand written and typed, appear to be his attempts to transcribe.

Since my grandfather was a war historian for the army in Washington DC, I can only guess that the Civil War letters were of interest to him, which tied him to the woman they were sent to.

Why Weren’t These Memoirs Published In Later Years?

An attempt to transcribe Adelaide’s story was clearly made by my grandfather. It didn’t take long, as I attempted to transcribe them, to realize why there was a stumbling block.

In several places throughout the memoirs, writings from poems and songs, dating back to the 1600’s, in dialect we don’t use in English anymore, are present.

This made it difficult to understand what was being said. Fortunately, with the help of the internet, in 2010, I was able to type in a few obscure words at the beginning of a poem or song, and the remaining words popped up through Google!

I hope you will find this story as fascinating an account for a life we no longer have to live, as I did, and take a moment to experience gratitude for the conveniences of our life now!

Robin, this is Liz Williams, founder of the Southern Food & Beverage Museum in New Orleans and the host of the Tip of the Tongue podcast. FIrst, congratulations on doing something so wonderful. I can only imagine the work that was involved. I would love to do a podcast interview with you regarding this project. Would you be open to a zoom interview that is recorded to become a podcast? It would be about 30 minutes. Please email me if you are interested. Congratulations on a very special gift that you have given us.

Thank you Liz! I would be honored!! 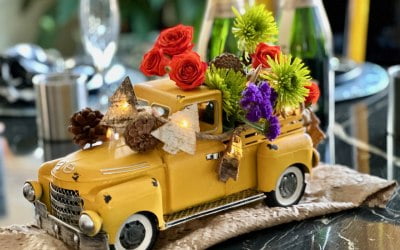