Growing up in America with a Syrian mother, food in our home was just different than all my girlfriend’s homes. Once a month our family would make the hour-long drive into DC to the Middle Eastern market. Pomegranate Molasses from Lebanon was always on the list of strangely written packages my mother would enthusiastically put in her cart.

My mother use to make the most amazing salad dressing of pomegranate molasses, olive oil and a bit of lemon. It was delicious on a Syrian salad we made that had torn pieces of lightly toasted pita bread, known as ‘Khubz’ a pita bread she would make flavored with mahlab (ground cherry stone).

Pomegranate Molasses Salad Dressing was also delicious tossed with green beans, poured over roasted eggplant, and used as a marinade for all types of meat and poultry.

Sugar, sugar everywhere. Sugar, as in, straight from the sugarcane, has some pretty impressive health benefits: minerals, iron, calcium, potassium, magnesium B and C vitamins.

Drinking 250 ml of sugarcane juice equals the ingestion of 40 mg of phenolics, a fancy biochemical way of saying Antioxidants, antiviral and anti-inflammatory activity. The problems with sugar take place once it has been processed beyond recognition.

When I lived in Brazil for a spell, it was simply part of everyday life to stop off and slug a cup of ‘caldo de cana’ sugar cane juice. Brazilians are knowledgable about, and practice regularly, plant medicine, and so throughout the countryside, guys with little sugarcane stripper machines on a wagon would be seen at many a town corner, for a fresh cup of sugarcane juice stripped right before your eyes.

On a visit wayyyyyy out in the middle of no where, I visited a place where the sugarcane was being stripped in large quantities, made into molasses, and yes, also into Cachaca the national (powerfully strong), Brazilian drink.

It was said to never drink the sugar cane juice on an empty stomach because it was some pretty powerful stuff. But in the drinking of it, super energy was assured.

Sugar is used to ferment so many drinks we love, boiled down numerous times, it will turn into the molasses we all know and love. Pomegranate has a rather high content of sugar, with makes it a perfect fruit juice to combine with sugar and boil into a fruit molasses.

Pomegranate has 31g of sugar in a cup of pomegranate juice, while oranges have 7g per cup, watermelon 9g and  bananas have 18g. Grapes are also high in sugar and yes, I have made molasses out of freshly squeezed grapes too and it is amazing!

What Is The Difference Between Molasses And Pomegranate Molasses?

Molasses comes from sugarcane. Sugarcane juice that has been boiled done to form a thick syrup which is simply a syrup made from the pure sugarcane juice.

If boiled too long, however, it will become too thick to pour. Almost like tar. Timing will be important in the making of your own pomegranate molasses.

Where Does Pomegranate Molasses Come From?

Pomegranate molasses has long been an essential ingredient in traditional Middle Eastern cooking. Because of it’s sweet and sour flavor, it pairs well with meat dishes, enhances sauces, brightens the flavor on seafood, and mixed with olive oil makes for an amazing salad or vegetable dressing.

It is said that every pomegranate fruit has exactly the same amount of seeds, 613. Crazy, right? Repetitive numeral patterns are found all throughout nature.

The correlation of seeds in a pomegranate had symbolism in Judaism and the Old Testament of the Bible. In the practices of numerology (adding all numbers to a single number), 613 becomes the number 1, which most often is thought to symbolize God, or the universe.  Let’s just say that pomegranate must be the fruit of the gods!

To the juice, you simply add some sugar. Not a lot since the pomegranate juice already has plenty sugar naturally. A little lemon juice, bring it to a boil, lower and simmer until it begins to reduce. If you use too much sugar, it can quickly become too thick to use or turn into hard brittle candy. 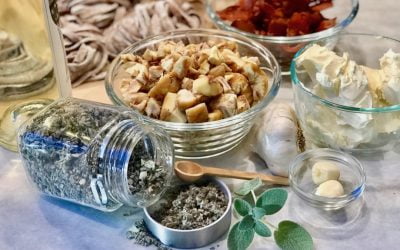 I have found that Sage Chestnut Sauce to be the most vintage Italian sauce, so move over tomato sauce! Classic Italian Sage Chestnut Sauce This classic sauce of brown butter, sage and chestnuts, a drizzle of white wine and a little salty pancetta is perfect for a...

END_OF_DOCUMENT_TOKEN_TO_BE_REPLACED 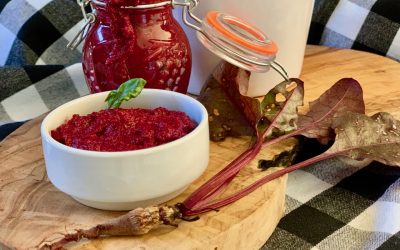