French lentils and quinoa, rolled together with lots of mushrooms, garden veggies and a kick from a Chipotle seasoning!

Healthy vegan meatballs are loaded with flavor and substance. Even a meat lover will be fooled by these healthy vegan meatballs! Several years ago my daughter stopped eating meat. She had developed some digestion issues and decided to give her body a break. I tried making these vegan meatballs for her, during a family gathering, while everyone else had the choice of my yummy lamb meatballs. Who’d a thought the vegan meatballs would disappear first, and no… she didn’t eat them all!

WHAT IS A VEGAN MEATBALL

I’m always amazed that nearly every country around the world has some form of a meatball, fishball or legume-ball. When I discovered how substantial legumes could be, when cooked with lots of herbs and spices and then ground, they looked almost like ground meat. A vegan meatball is not just made with veggies, it’s just not made with meat.

HOW TO MAKE VEGAN MEATBALLS

Once a legume is chosen to use as the substantial ingredient in a vegan meatball the rest is just like making any other meatball. I often use French lentils simply because they cook fast and when ground they really look like any ground meat. Red kidney beans are also fabulous for making a vegan meatball, particularly since they resemble the color of beef or lamb. Red beans do need a little more prep-time cooking, so just make a big pot, save half for your chili and the other half for vegan meatballs.

WHAT SAUCE GOES WITH VEGAN MEATBALLS?

WHAT MAKES A VEGAN MEATBALL HEALTHY?

As much as meat is loved by most, myself included, meat really is more difficult for the body to digest and process. I learned this from observing the struggles my daughter has with digesting meat. Children also would benefit to be introduced to a vegan meatball replacement when they are young so that their little taste buds are educated early and it will become easier to sneak healthy veggies in that meatball too.

VEGAN MEATBALLS AND THEIR COST

It’s a no brainer, when it comes to softening the blow to a grocery budget, that meat is pricey, even ground meat. At an average of $4.99 per pound for most ground meats, maybe a little less for ground chicken, an 8 ounce bag of dried lentils costs under $2.00 and makes double the amount of meatballs. Now that, is just plain smart! 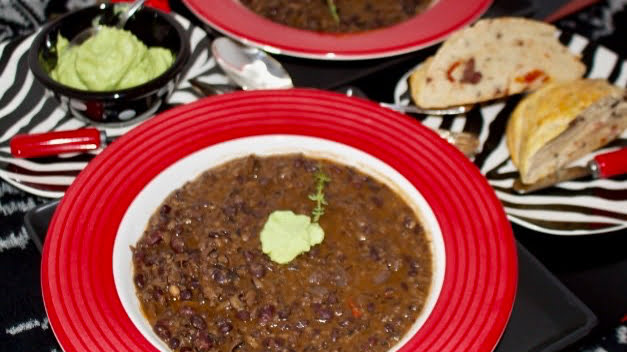 https://youtu.be/bx9BIMNBiY4 Come into my Kitchen! The earthy flavor of Black Rice and Black Beans with hot chilies and smoked salt, make this a perfect hot dish for a crisp night! Table Settings Black Beans here are beans and then there is Black Beans! Let’s face it,...

END_OF_DOCUMENT_TOKEN_TO_BE_REPLACED 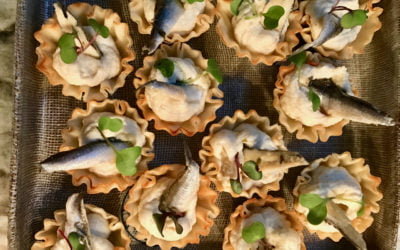